Interesting facts about the Caspian Sea

The word Caspian is derived from the name of the Caspi, an ancient people who lived to the southwest of the sea in Transcaucasia.  Strabo wrote that “to the country of the Albanians belongs also the territory called Caspiane, which was named after the Caspian tribe, as was also the sea; but the tribe has now disappeared”. Moreover, the Caspian Gates, which is the name of a region in Iran’s Tehran province, possibly indicates that they migrated to the south of the sea. The Iranian city of Qazvin shares the root of its name with that of the sea. In fact, the traditional Arabic name for the sea itself is Baḥr al-Qazwin (Sea of Qazvin). 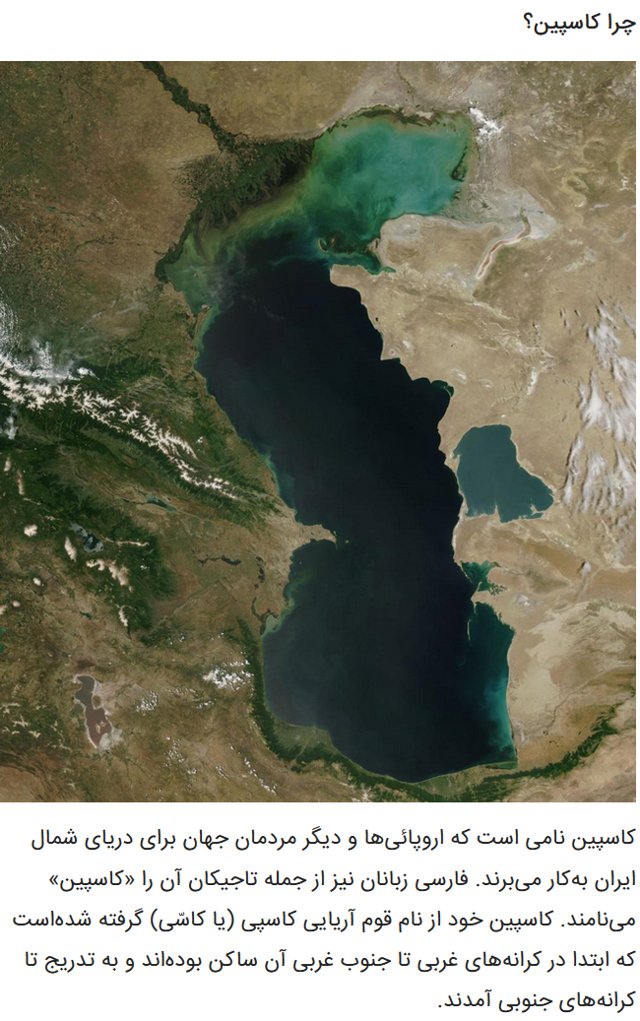