Police in Istanbul say they have detained a driver who rammed his bus into a crowded stop and attacked people who tried to prevent him from escaping with a knife. At least 13 people have been injured. A bus driver in Istanbul rammed his vehicle into a crowd waiting by a stop, stabbed several people and jumped into the sea.It is unclear whether the 33-year-old crashed his bus deliberately during the incident on Sunday afternoon. 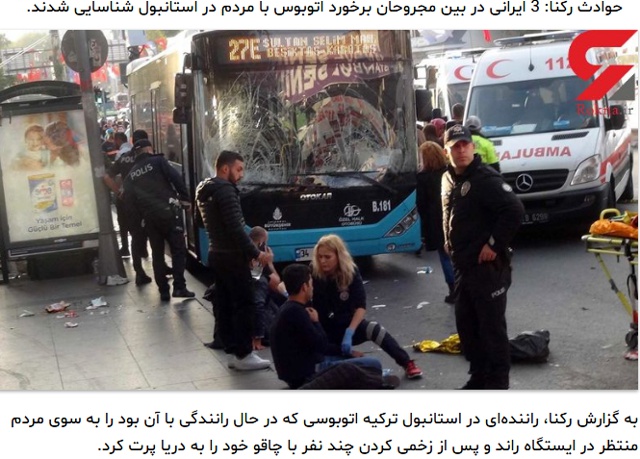