It was not immediately clear whether the man drove the bus into the stop by accident. Police said an investigation has been launched. Three Iranian citizens are also among the injured. Detectives said the bus driver leapt into the sea in an attempt to escape but was later arrested by police officers. 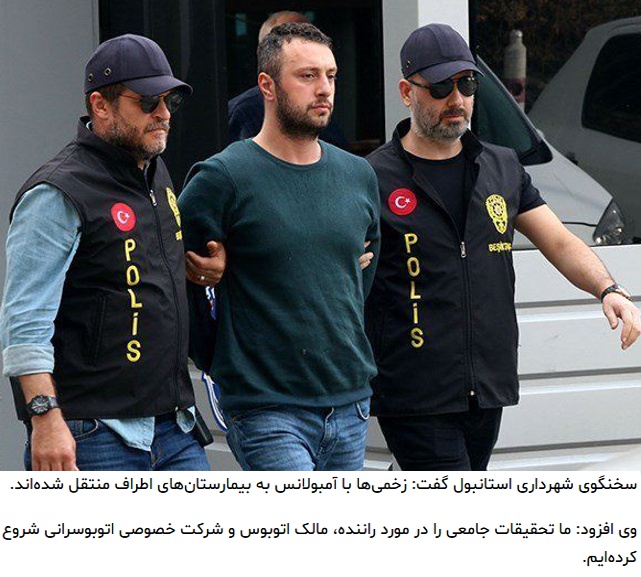