Irene Zazians, an Armenian actress, was born in Babolsar, northern, on August 12, 1927. In 1943, when she was only 16 years old, her family moved to Tehran; at the same time, she married her teacher, Mohammad Asemi, a journalist, poet and the editor of Kaveh magazine. The couple later separated but Asemi played an important role in setting Zazians on her path as an artist. In high school Irene performed in student productions – paving the way for her career as a professional actor. 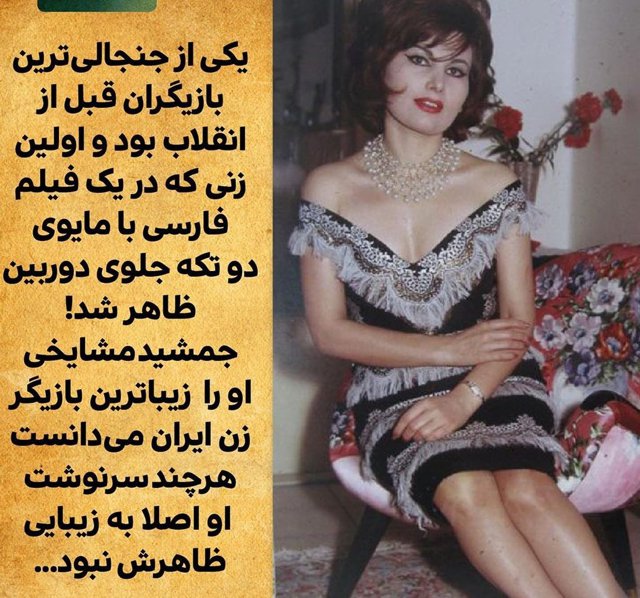