Britney Spears’ fiance Sam Asghari will be making his big screen debut in an upcoming action movie alongside Hollywood veteran Mel Gibson. Sam, 27, hopes to become a star in his own right by breaking out into Hollywood after previously working as a model and personal trainer. Well, he’s certainly hit the ground running after landing a role in James Cullen Bressack’s thriller Hot Seat. His rep confirmed the exciting news to E! News, revealing: ‘He is playing an action-oriented SWAT sergeant.’ According to Deadline, Sam has been cast as SWAT Sergeant Tobias and will star alongside Gibson and Kevin Dillon.  Hot Seat will reportedly centre on a former hacker, who is forced to break into high-level banking institutions by an anonymous man who planted a bomb under his chair at his office. 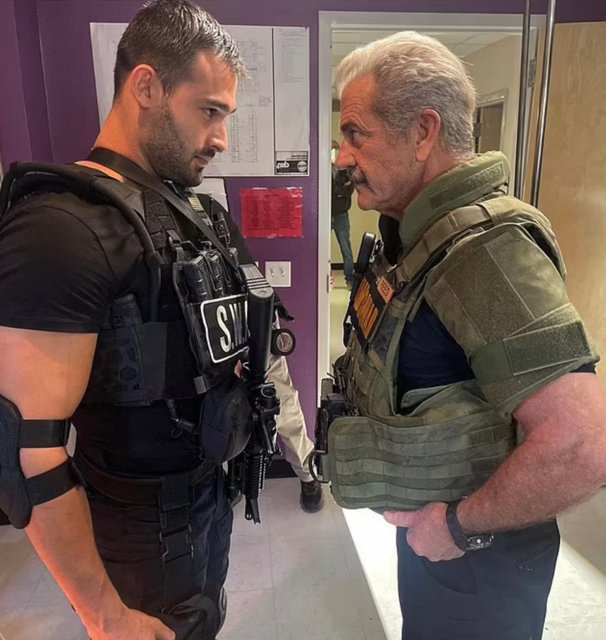