How many margins did you have? The young and talkative young man, Mohammad Hussein Mahdavian, was one of the celebrities this year. At first, the script “Latari” was not licensed, and he went to another film. Finally, he directed the film to be featured at the festival. Another aspect is the refusal of Jafar Panahi to give him a prize at the celebration of the critics. 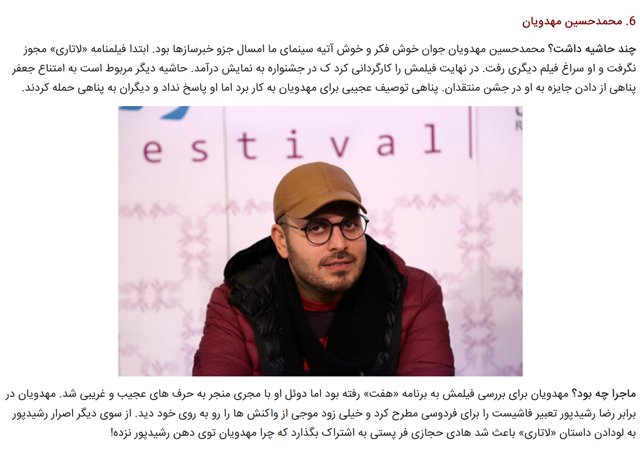