A new hotel opens in the city of Mecca, which, upon completion, will occupy 10,000 rooms and 70 restaurants in its 1.4 million square meters to accommodate the richest pilgrims in the Persian Gulf and other countries. In a desert valley on the west side of Saudi Arabia is the sacred city of Mecca.  Known as Islam’s holiest city, it’s the birthplace of the prophet Muhammad and therefore the faith itself.  Mecca draws millions of pilgrims each year and its just added one more drawcard to its list. Abraj Kudai is the world’s biggest hotel and it’s currently under construction in the Arabian desert city. 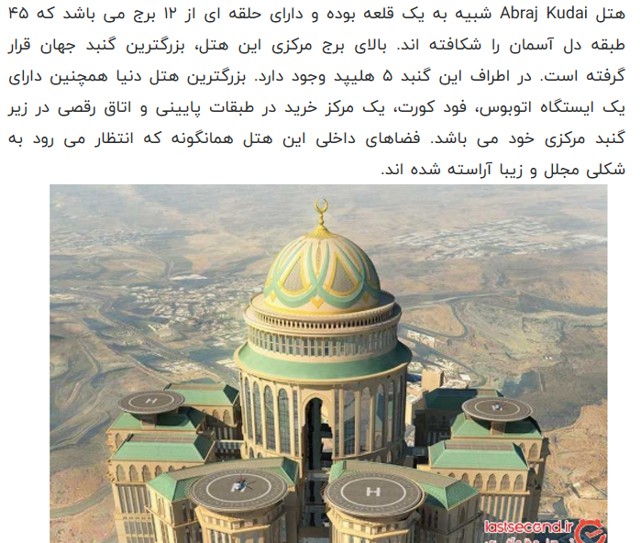