A fervent nationalist, Dr. Darabi initially supported the 1978 revolution. She was one of two women who met with the new prime minister, Abolhassan BaniSadr, to present a list of women’s demands. Like many people, she believed promise that after was deposed the exiled cleric would return to the holy city of Qom and leave government to the secular politicians. Instead, he established that has stripped women of almost every right they had obtained in the previous decades. 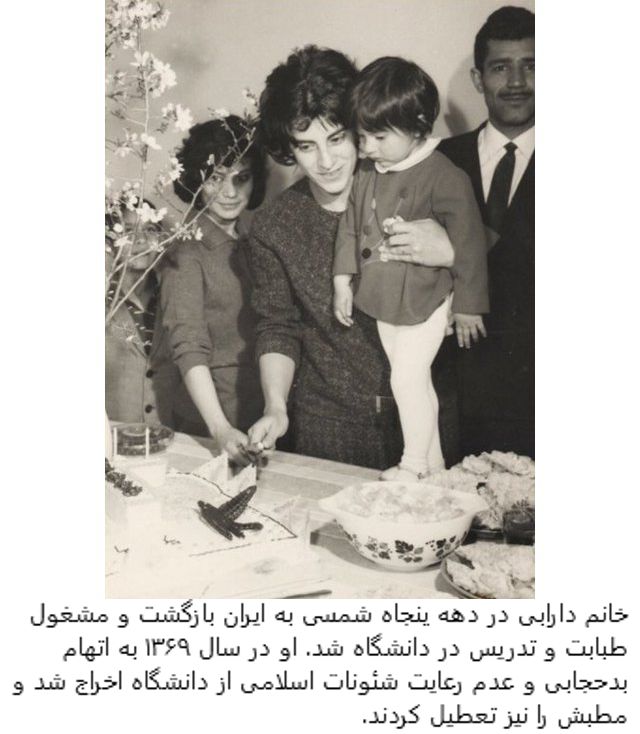