Famous people who changed their gender

Nadia Almada (born Jorge Leodoro, January 28, 1977) is a Madeiran reality television star, best known for being the first transsexual winner of Big Brother (UK series 5) in 2004. She was born male on the Portugal Island of Madeira, under the name of Jorge Leodoro, but she was known as Carlos Leodoro . 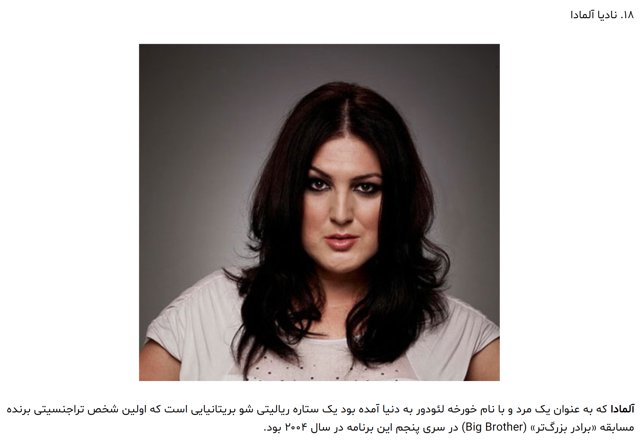