Two French entrepreneurs have launched a portable device to test for the presence of pork in food for use by Muslims who abide by dietary laws. With France’s five million Muslims making up about 8% of the overall population, the test, similar in size to a pregnancy test, aims to help consumers detect traces of pork not just in food, but also in cosmetics or medicines. [Read More] 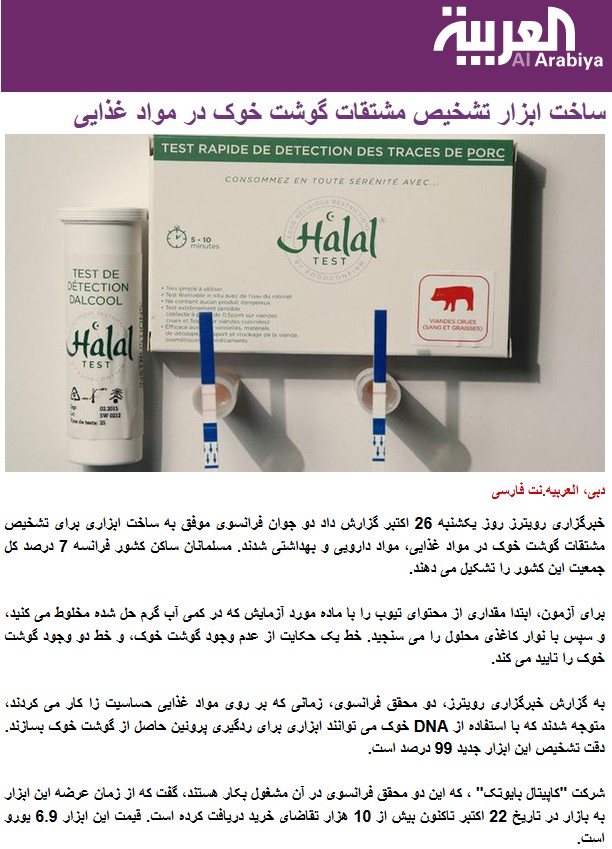