Regardless of what some say has been a regression in his football ability as he reaches the twilight of his career, his global appeal remains firmly intact. So much so in fact that Al Nassr’s Instagram page was boosted by SEVEN million followers. Earlier this month, she sported a sleek black turtleneck underneath an abaya, at Ronaldo’s unveiling as an Al Nassr player at Mrsool Park. As the whole family took to the pitch, Rodriguez wore a black Max Mara turtleneck top and Elisabetta Franchi jeans, under a deep red velvet abaya by Qatari brand Dollab Line. Dubbed the Spiral, owing to the abaya’s asymmetric lapels, one of which falls in soft ruffles, it has sparked a rush of women copying her style online. 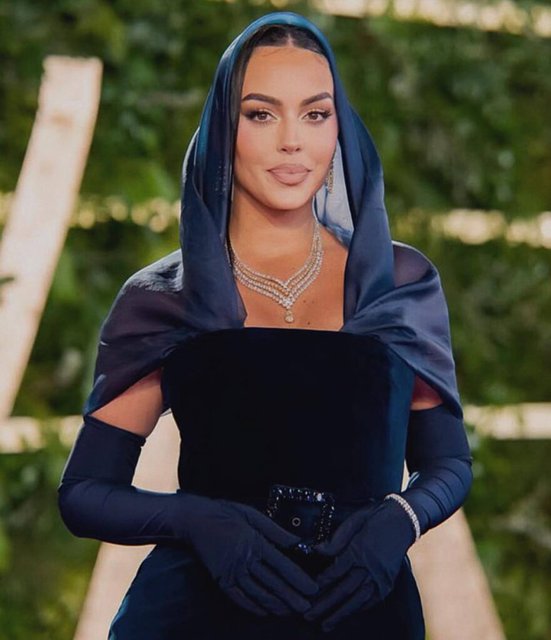