Loreta was born as Loreta Hairapedian Tabrizi in 1911 in Tehran. Following a succession of roles in performances of William Shakespeare directed by Vahram Arsen Papazian, she married the well-known stage director Abdol Hossein Noushin and joined the Club of Theater. There, she appeared in grand scale performances of such plays as Othello, Volpone, The Blue Bird and Gas Light. In 1933, she married Abdol Hossein Noushin. In 1953 Loreta traveled abroad together with her husband following the 1953 coup d’etát, and the couple lived in Moscow for several years, where they both entered education; Loreta entered the acting school of the Moscow State University (Moscow Art Theatre), while her husband studied for a PhD in philology at the Maxim Gorky Literature Institute. 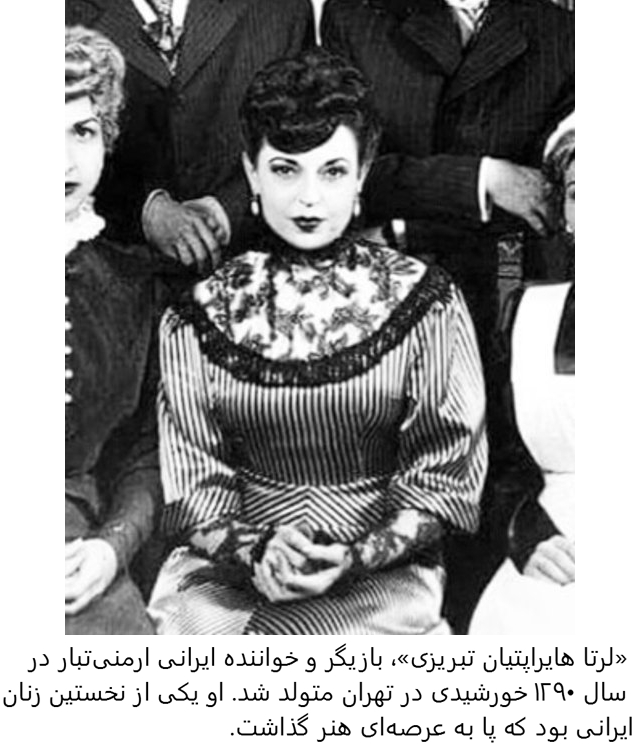