“Old Songs, Love of Corona Days” is a six-episode show written and directed by Mohammad Rahmanian. The show starts with the idea of ​​writing a Persian song on six memorable old western songs such as: “Dance with me till the end of love” by Leonard Cohen, “Yesterday” by Charles Aznavour, etc. and doubles the mood of each episode; Episodes, each of which have been created with a special mood of these corona days. In this concert-show of respect, Mehtab Nasirpour, Mehdi Saki, Mitra Hajjar, Andishe Fuladvand, Narges Mohammadi, Ali Oji, Shakib Shajareh, Saeed Tawakli, Noushin Etemad, Kasri Kandari, Raheel Zamani, Elnaz Ebrahimi played roles in this concert-show. 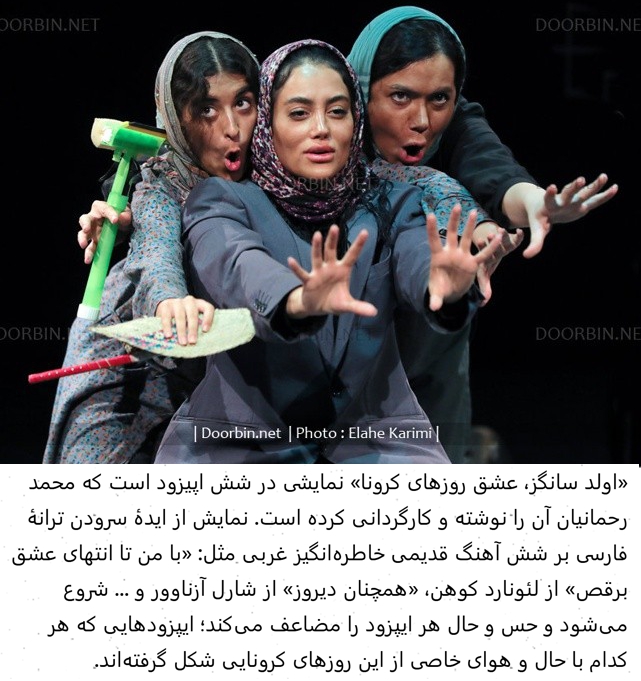