Houshang Ebtehaj was born in 1928 in Rasht. He published his first book when he was only 19 years old. He chose ‘Sayeh as his pen name, which means ‘shadow’.  Ebtehaj was active in different literary movements and gatherings and took considerable part in various literary magazines such as Sokhan and Kavian.  After the 1979 Revolution, Sayeh spent some time in prison for his ideas. He has several works in poetry almost all of which are well-known in the world of Persian literature. In his poems, Ebtehaj is shown as a highly motivated person in love, who has gone through years of pain and suffering. He also worked and did some meaningful researches on Hafez poems that is of high value. 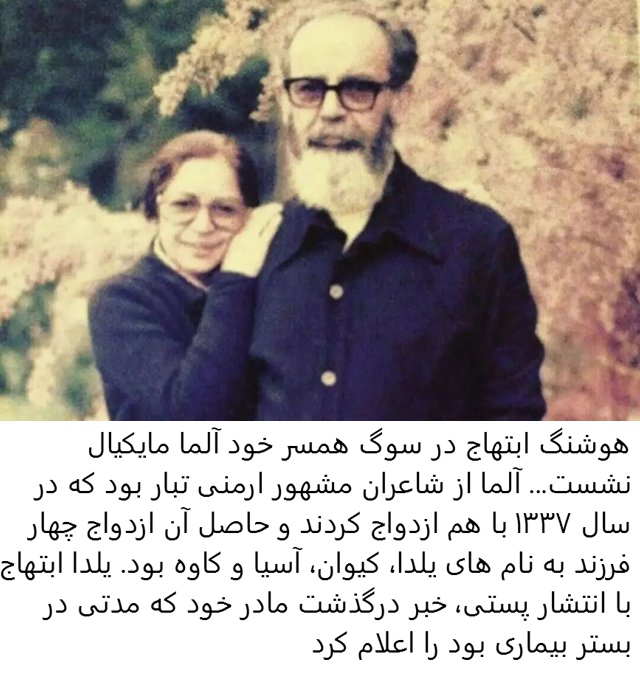