Isfahan day was celebrated this last week. As one of the events to celebrate this day, a Polo tournament was played at the historic site “naghshe jahan square”.  The current game in its modern form originated in Manipur, a northeastern state in India, and was propagated by officers of the British military in the mid 19th century. 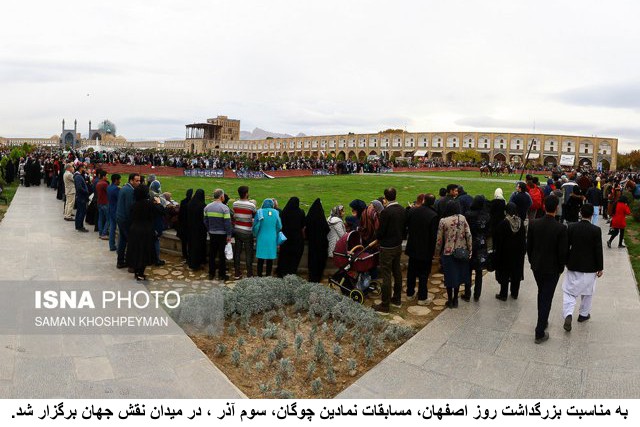