ISNA news agency has published pictures of people sleeping in buses at the capital. The report claims the nightly cost of sleeping in the bus is 25,000 Tomans and you are allowed to stay on the bus from just after midnight till five in the morning. When was the last time you gave thanks for your bed? For homeless people, having a safe place to rest their head isn’t something to take for granted. That’s why a team of volunteers created the Rough Sleeper Bus to allow people a place to catch their Zs. 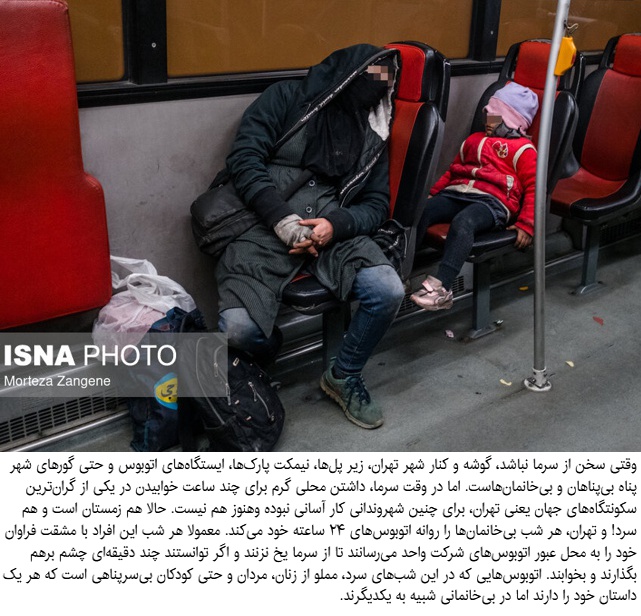