A photographer who spent a decade on Los Angeles’ notorious homeless hotspot Skid Row has revealed his work.The poverty-stricken conditions faced daily by the almost 5,000 residents of the downtown area of Los Angeles are shown in the series of gritty black and white photos.Photographer Suitcase Joe spent ten years getting to know and photographing the homeless people who live in tents that line the area in downtown Los Angeles, and he has now released a book entitled ‘Sidewalk Champions’. 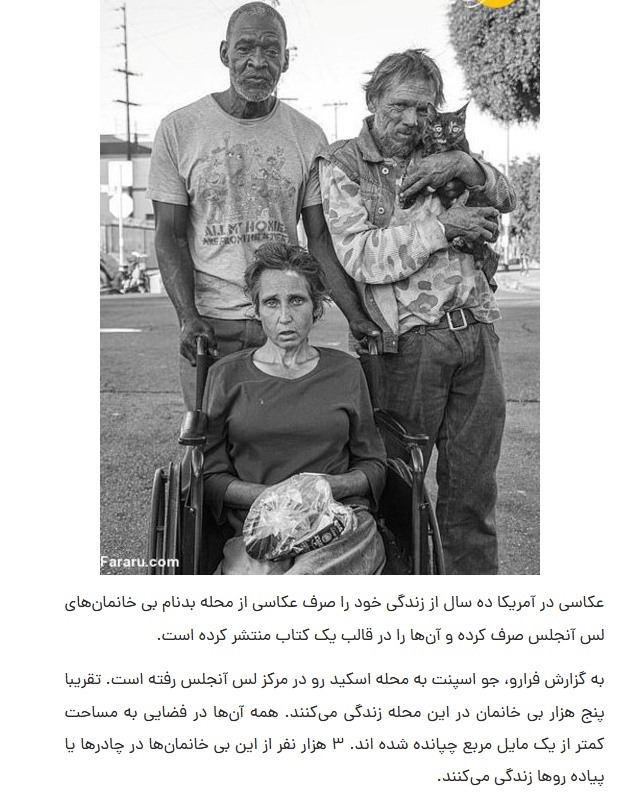