The richest children in the world

Also born in 1998, Elle Fanning is among the richest children of the world. Her small fortune began growing when, at the the age of three, she played the role of a younger version of her sister, Dakota Fanning’s, character in the hit film ‘I am Sam’. She again played baby Dakota in the film, Taken, before finally landing her first independent role as Jamie in Daddy Day Care. 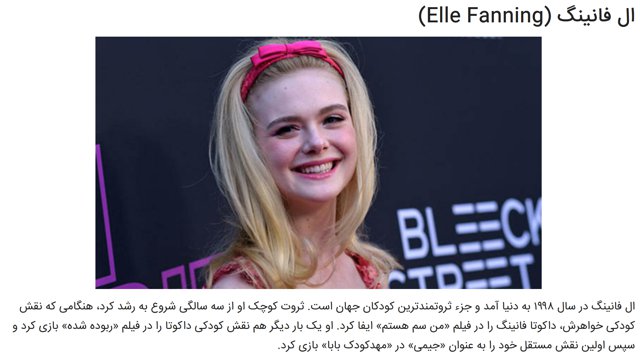