In May 2019, the actor — who is also Angelina Jolie’s father — pledged his allegiance to the president and tweeted a two-part video to share why Trump has been “the greatest president since Abraham Lincoln.” Voight has continued to share frequent videos on Twitter, in which he promotes Trump, the Republican party and conservative values. 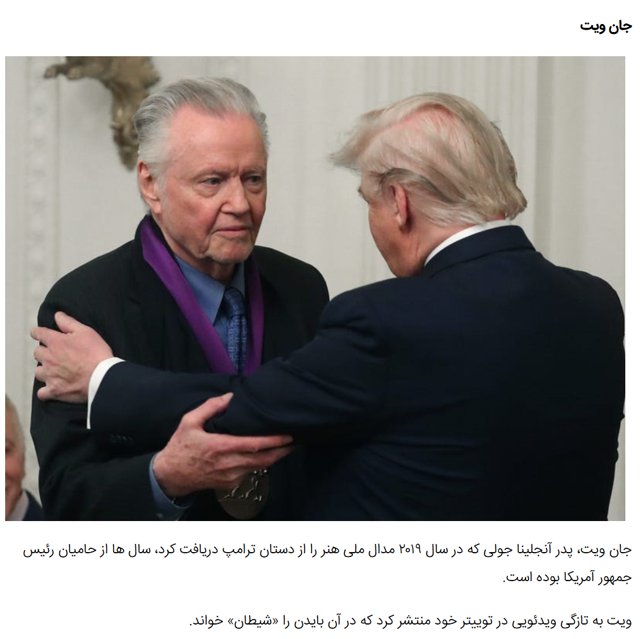