Women who shook the world with their inventions

Grace Hooper was an American computer scientist and Admiral of the US Navy. She invented a compiler that translated the written languages ​​into computer code. Grace invented the terms “bug” and “diabbing”. In 1959, he took part in the development of one of the first modern programming languages, Coble. 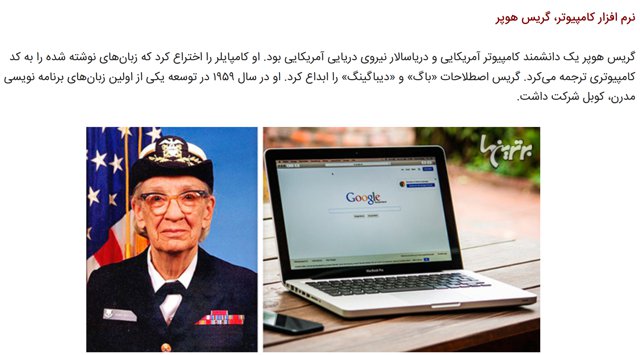