Raising a flag over the Reichstag is a historic World War II photograph, taken during the Battle of Berlin on 2 May 1945. It shows Meliton Kantaria and Mikhail Yegorov raising the flag of the Soviet Union atop the Reichstag building. The photograph was reprinted in thousands of publications and came to be regarded around the world as one of the most significant and recognizable images of World War II. 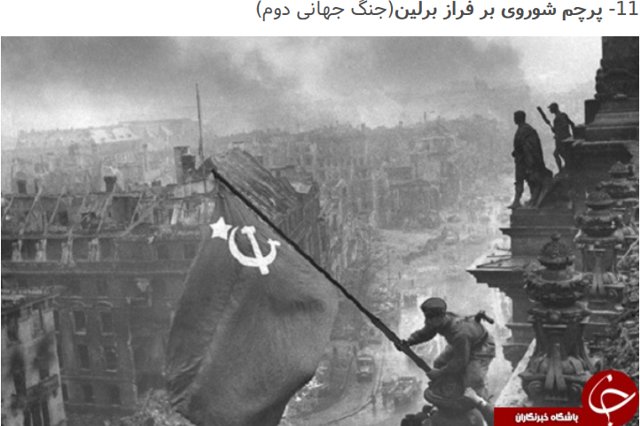