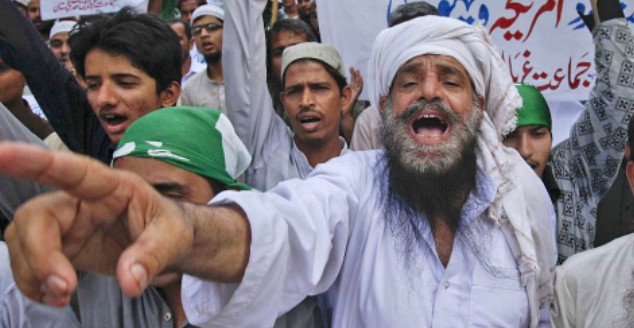 This horrifying event happened on Tuesday after the couple where accused of burning a Quran, police officials said. The incident took place in Kot Radha Kishan town, about 60 kilometres southwest of Lahore city. The victims, identified as Shama and Shehzad, were burned alive in a brick kiln where they used to work. Blasphemy is a highly sensitive issue in Islamic countries and critics argue the laws are often misused to settle personal scores and that minorities are unfairly targeted. In May gunmen in the city of Multan shot dead a lawyer, Rashid Rehma, who had been defending a university lecturer accused of blasphemy.And last month a Pakistani court upheld the death penalty for Asia Bibi, a Christian woman convicted of blasphemy in 2010 – a case which sparked a global outcry. 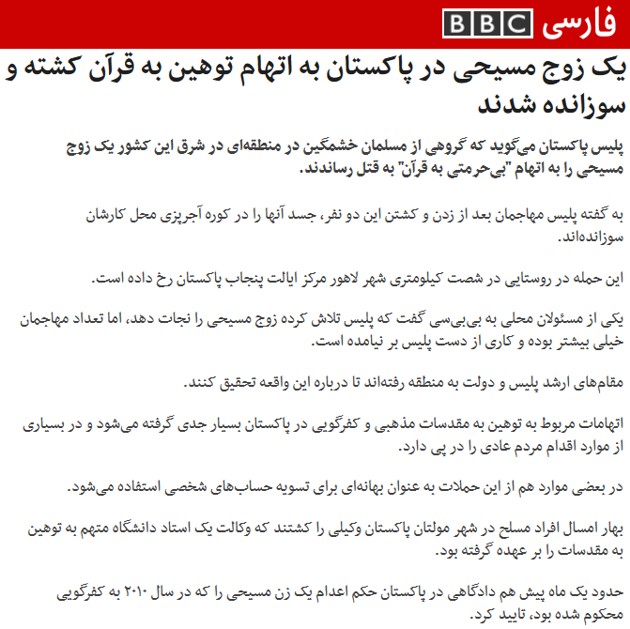