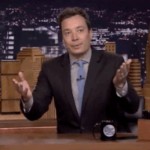 A touching tribute by Jimmy Fallon to honor Robin Williams. He showed the clip of his first appearance on the Johnny Carson tonight show. Robin Williams (July 21, 1951 – August 11, 2014) was an American actor and comedian. Rising to fame with his role as the alien Mork in the TV series Mork & Mindy (1978–82), Williams went on ... END_OF_DOCUMENT_TOKEN_TO_BE_REPLACED 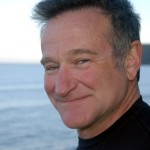 Beloved actor Robin Williams was found dead on Monday, police reported. He was 63. The apparent cause of death was suicide, authorities said. According to his publicist, Williams had been battling severe depression. Williams was best known for his starring roles in classic comedies like Mrs. Doubtfire and Jumanji. He won the Academy Award for Best Supporting Actor for his ... END_OF_DOCUMENT_TOKEN_TO_BE_REPLACED