Google has built and tested autonomous aerial vehicles, which it believes could be used for goods deliveries. The project is being developed at Google X, the company’s clandestine tech research arm, which is also responsible for its self-driving car. Project Wing has been running for two years, but was a secret until now.
Google said that the longer-term goal was to develop drones that can be used for disaster relief, by delivering aid to isolated areas. 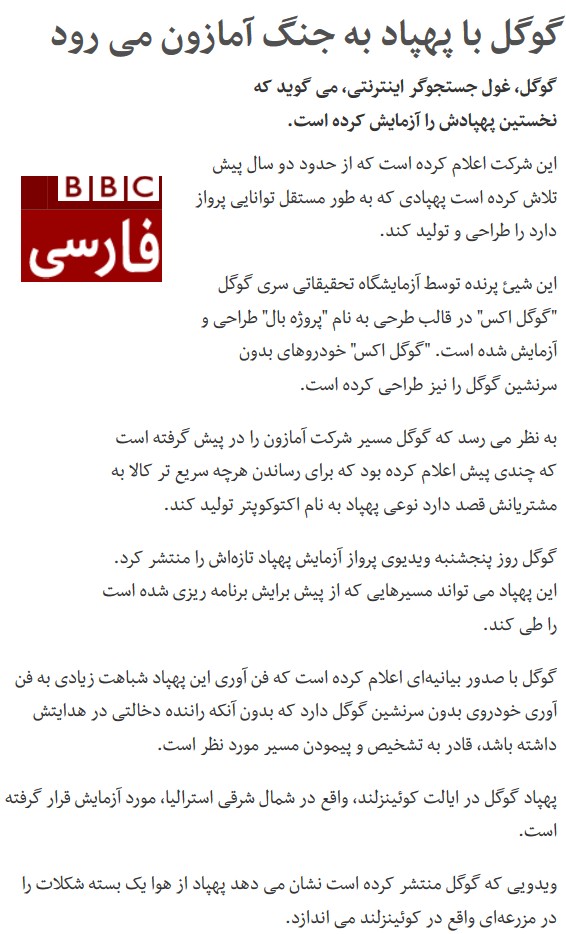