At the 65th International Motor Show for commercial vehicles, underway in Hanover, Germany, Mercedes unveiled the aptly named Future Truck 2025. More akin to a space-age RV than a semi-truck, the prototype hints at a coming revolution in long-distance road transport. According to the BBC report his is not the pipe dream of some underutilised Daimler engineer. A prototype already operated in driverless mode last August, reaching speeds up to 80kph (about 50mph) on the A14 motorway in Magdeburg, Germany. And Mercedes officials claim that if government restrictions related to autonomous driving are softened, the semi-truck could be cruising beside you on the highway in 10 years. [Read More] 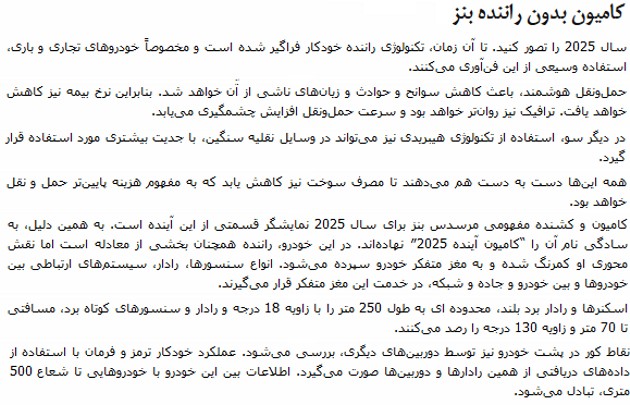