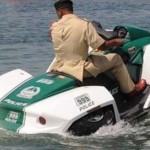 The Dubai police force is no stranger to acquiring vehicles that are a tad over the top. From their Bugatti Veyron, to their BRABUS G63S-700, they are prepared for just about any chase. While their current fleet has focused mainly on the street, they recently added a new vehicle that can travel on both land and sea. According to an article ... END_OF_DOCUMENT_TOKEN_TO_BE_REPLACED

October 9, 2014 Comments Off on The new Mercedes Benz GLA class 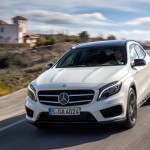 Somewhare in between a hatchback and a compact SUV is where you come up with the Mercedes GLA class. This crossover hybrid is to appeal to the younger generations mid 20’s to late 30’s. The largest-growing segment in the world right now is compact SUVs and crossovers.  Now, Mercedes-Benz is in play.  With 208 hp and 258 lb-ft of torque, ... END_OF_DOCUMENT_TOKEN_TO_BE_REPLACED

Greatest 4×4 Trucks Ever Made 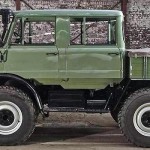 Here are our list of consumer pickups that have defined what we have expected a pickup truck to be and do. These are the compact to full-size 4×4’s we actually buy and use. Below see our pick of the greatest trucks to cover every inch, foot and mile of the world. 1) 1997 Land Rover Defender 90 Hardtop wagon Sold ... END_OF_DOCUMENT_TOKEN_TO_BE_REPLACED 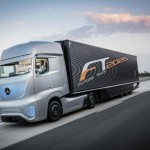 At the 65th International Motor Show for commercial vehicles, underway in Hanover, Germany, Mercedes unveiled the aptly named Future Truck 2025. More akin to a space-age RV than a semi-truck, the prototype hints at a coming revolution in long-distance road transport. According to the BBC report his is not the pipe dream of some underutilised Daimler engineer. A prototype already ... END_OF_DOCUMENT_TOKEN_TO_BE_REPLACED

September 23, 2014 Comments Off on Diamond-encrusted Mercedes in London 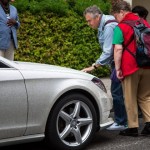 People living in Knightsbridge are used to unique cars but it seems even they were impressed by a diamond-encrusted Mercedes which was snapped parked outside the Levin Hotel near Harrods. This 2011 model has been transformed into the capital’s blingest motor by its owner – rumoured to be a young Russian woman. The car which would normally be worth around ... END_OF_DOCUMENT_TOKEN_TO_BE_REPLACED 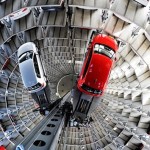 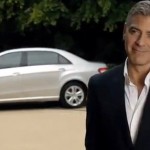 Everyone needs a set of wheels to get from point A to point B. Some choose to be flashy in $100,000 electric sports cars while others are content cruising around in everyday vehicles. When you think of the wealthy, if you do, what do imagine them driving? A Porsche 911? A Lamborghini Gallardo? An old-school Rolls-Royce? Luxury models led the ... END_OF_DOCUMENT_TOKEN_TO_BE_REPLACED 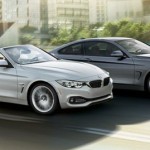 The 4-series employs a three-piece retractable hardtop, just as the preceding BMW 3-series convertible did. It will go up or down in about 20 seconds. Price range is around $48,000 to $60,000 depending on model and added options. Optional features include heated front seats, a self-parking system, which can automatically locate a parking spot and steer the car into it, ... END_OF_DOCUMENT_TOKEN_TO_BE_REPLACED