Aghdashloo was appointed by the Shahbanu (Empress), Farah Pahlavi, as the “Head of Artistic Affairs of Shahbanu’s Special Bureau”. His responsibilities included purchase of artworks from contemporary artists such as Andy Warhol, Pablo Picasso and Claude Monet for the Tehran Museum of Contemporary Art. He also helped establish the Reza Abbasi Museum in 1977 and was the head of the museum until 1979. 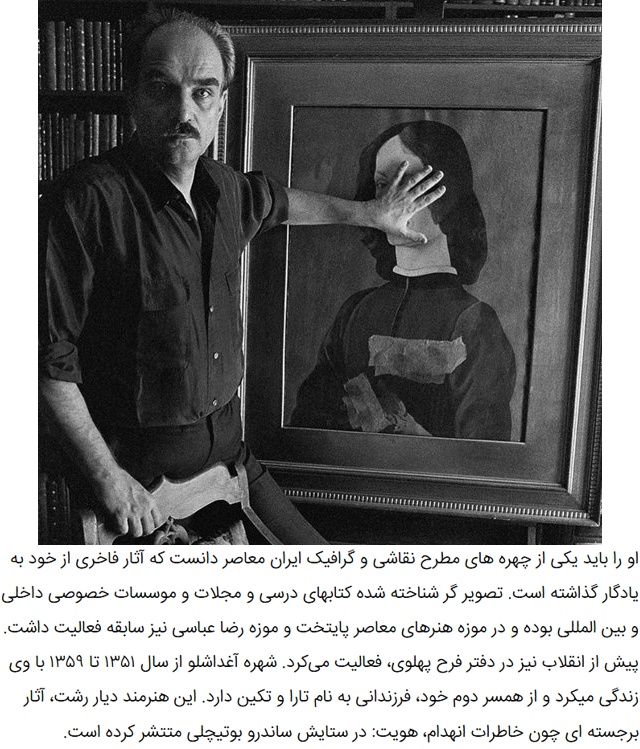