Golshifteh Farahani did not fully realize what she was getting herself into when she signed up for the new science-fiction series “Invasion,” debuting Friday on Apple TV+. “I had absolutely no idea, I didn’t even know what the story would be,” she said in a recent video call. “I didn’t know about the aliens. I didn’t know about anything.” Grilling the producer and writer Simon Kinberg, who created the show with David Weil, did not entirely reassure Farahani, 38, an actress who relocated to France in 2008 and is best known for her subtly expressive performances in dozens of international films. 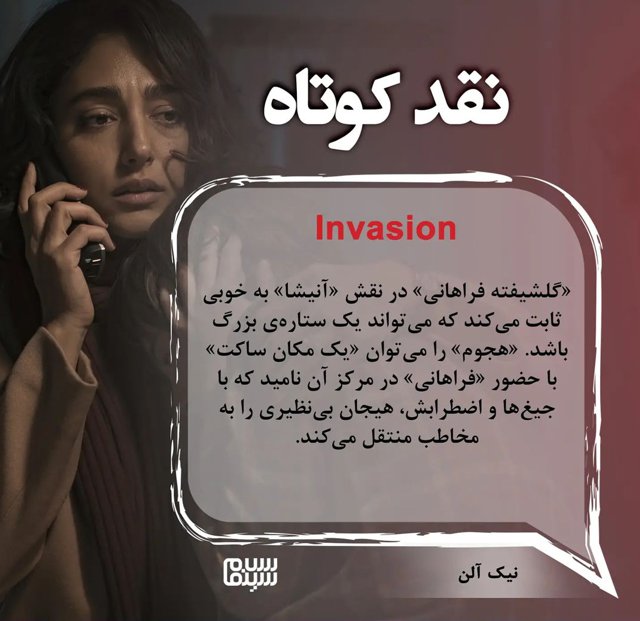