President Miloš Zeman, 78, who was transported in a wheelchair, honored the native Czech at the ceremony. After Ivana’s death, Zeman told her children: ‘Your mother was not only an excellent athlete and a capable manager, but I also remember her as a kind and warm-hearted person. In addition, she remained a proud Czech who never forgot her homeland.’ Ivana, who died in late-June this year at the age of 73, was born in the Czech Republic in the Moravian city of Zlín, which was known as Gottwaldov during the communist years. She was born in Zlín in 1949, at the beginning of Joseph Stalin’s communist influence over the country, to electrical engineer Miloš Zelníček and telephone operator Marie Zelníčková. 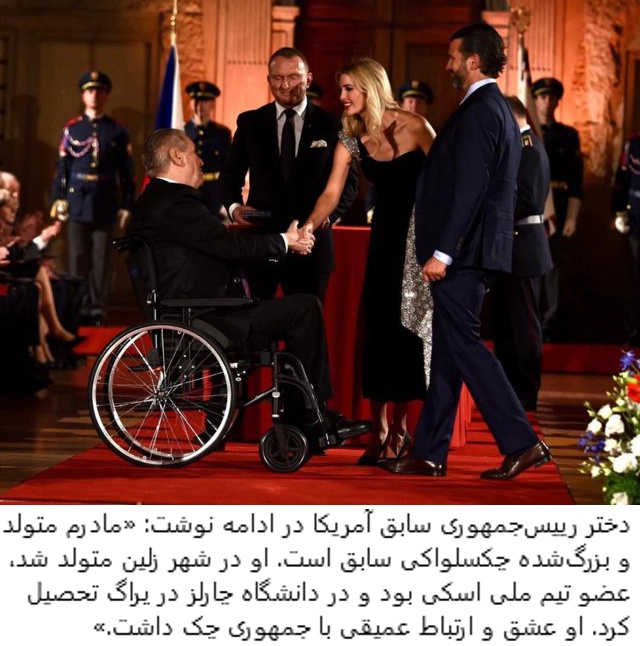