Arnold Schwarzenegger – Gulfstream III, Estimated $35 Million
The veteran actor and politician didn’t care much for luxury and got the just-the-basics edition of the Gulfstream III. He purportedly needed it to commute between his house in Los Angeles and his office in Sacramento while he was Governor of California. With a bank account already loaded, Arnie refused the gubernatorial paycheck, which, although not enough to save the state from bankruptcy, was a decent gesture on his part. 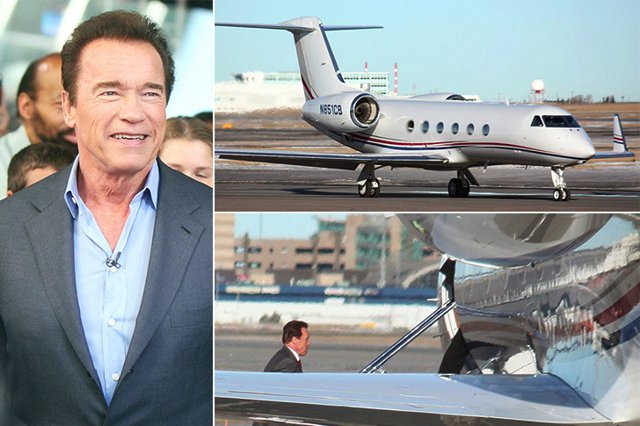