Jewels of the National Treasury

The story goes, out of the fifty proposals for the design of the Imperial crown submitted by the greatest jewellers of the time, the government had chosen the design by Pierre Arpels. According to tradition, the crown had to be crafted with jewels from the National Treasury located in the Central Bank. Unable to bring the priceless jewels back to Paris, Pierre Arpels spent days in the Central Bank’s basement passionately selecting each stone that would adorn the Imperial Crown with the help of his designer. A complete workshop was set in the National Treasury room to achieve this special order! 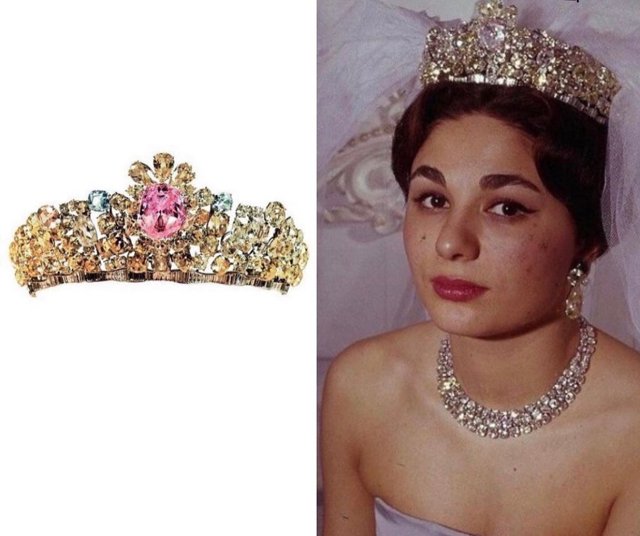