Nikoubin has been accused of luring the victim, who has not been named, she met on the dating site Plenty of Fish in bed and subsequently attacking him with a knife. On March 5, Nikoubin and her date rented out a room together at the Sunset Station Hotel where. Once in the room, Nikoubin turned the lights off and the two began having sex. She suggested that she could blindfold him and after covering his eyes, she took a knife out and stabbed him twice in the neck. 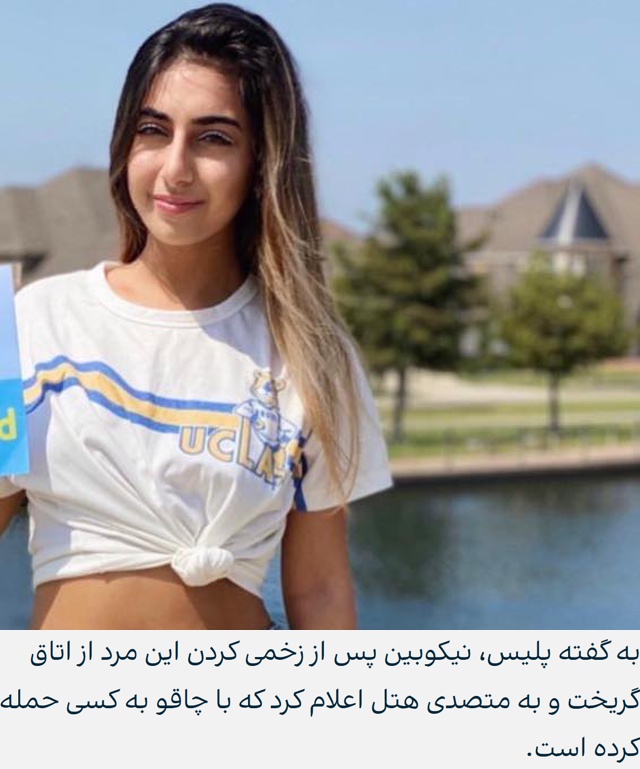