Who is Prince Babak Qajar?

Prince Babek’s civil name is Babek Peter Padar. He was born as a citizen on June 11, 1970 in Berlin (West), Germany.  His father was Prince Ramazan Padar, born as a citizen in Baku, Azerbaijan, on May 1, He past away on January 16, 2007 in Berlin, Germany. Prince Ramazan Padar came to Germany in 1956 after opposing the Pahlavi regime and as a follower of Prime Minister Mossadegh, he was expropriated. By the time he arrived in Germany, he had only 100 US Dollars private equity. He immediately began to work hard and invest in real estate. His mother is Mahindokht Padar, born as Mahindokht Ghotbi, born as a citizen on September 23, 1947 in Ardabil, daughter of the famous Major Abbas Ghotbi. Major Abbas Ghotbi was a highly decorated war hero. 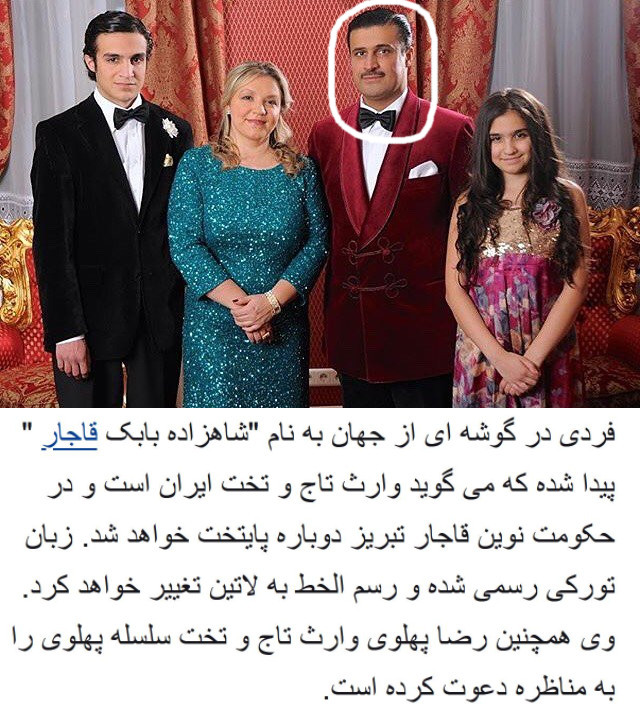