Rowley’s winning Wildlife Photographer of the Year LUMIX People’s Choice Award submission, revealed February 12, was selected from a shortlist of 25 images.Four other shots came highly commended, including an image of an orangutan forced to take part in a performance in Bangkok, another of two jaguars holding an anaconda in Brazil, an image of a rhino and a conservation ranger in Kenya and a photo of a group of white arctic reindeer. 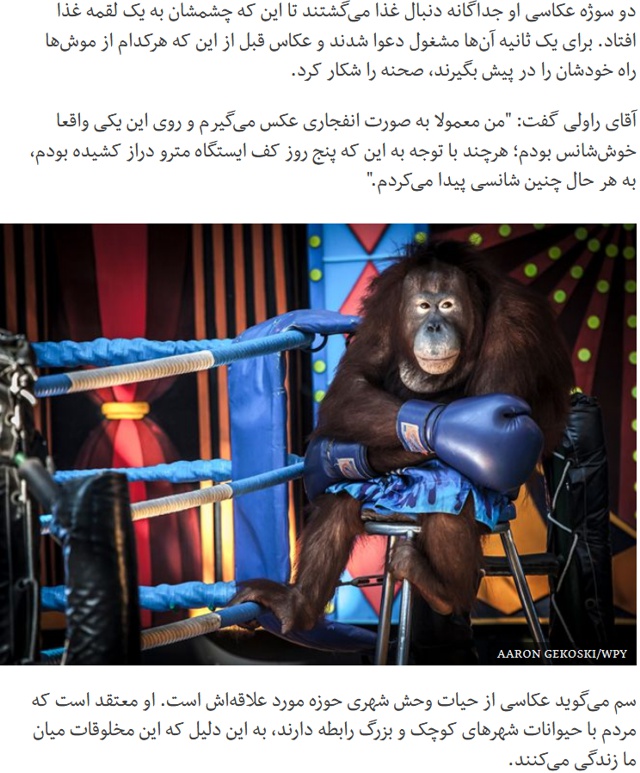