January 21, 2015 Comments Off on Husband charged after woman found dead in her car

The former husband of a 26-year-old woman has been refused bail in a New South Wales court on Sunday after being charged with her murder, in what police believe is case of domestic violence. Leila Alavi was found dead in her car on Saturday morning in the underground parking lot of the Auburn shopping centre where she worked as a ... END_OF_DOCUMENT_TOKEN_TO_BE_REPLACED 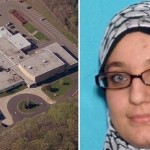 November 24, 2014 Comments Off on Little Dog Chase Away Home Robber 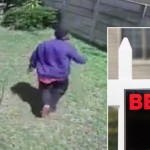 A would-be burglar in South Africa was sent packing last week by a guard dog that could only be described as adorably vicious. The tiny terror was so fearsome that the robber climbed two fences about as fast as he could in this video! END_OF_DOCUMENT_TOKEN_TO_BE_REPLACED

September 2, 2014 Comments Off on Iranian tourists kidnapped in Dubai 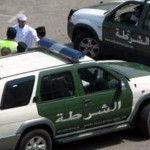 Two female tourists were kidnapped by three drug-affected men, Dubai Criminal Court heard on Tuesday. One of the Iranian victims, aged 22, said she and her friend were walking at almost 3am towards Jumeirah open beach. “A car approached us and one of three men who were in the car presented a military ID, accusing us of being drunk,” she ... END_OF_DOCUMENT_TOKEN_TO_BE_REPLACED