October 24, 2014 Comments Off on Peshmerga armor transporters headed for Kobane 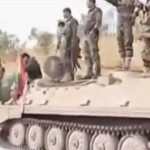 Turkey: 200 Peshmerga being sent to KobanePresident Recep Tayyip Erdogan says he has details of first Iraqi Kurd force to be sent to defend Syrian town from ISIL. The Turkish president has said he is expecting 200 Kurdish Peshmerga fighters will head from Iraq to the besieged Syrian town of Kobane through Turkey after authorities agreed their passage. Recep Tayyip ... END_OF_DOCUMENT_TOKEN_TO_BE_REPLACED

What? an ISIS gift shop in Istanbul!

ISIS appears to be stepping up its campaign to attract an international support base after clothing and memorabilia promoting the group appeared online. The sale of Western clothing – including T-shirts, hoodies and baseball caps – bearing the Islamist group’s name and slogans is a worrying development in ISIS’ growth as a global ‘terror brand’. [Read More] END_OF_DOCUMENT_TOKEN_TO_BE_REPLACED

September 22, 2014 Comments Off on Cameron to meet Rouhani over ISIS 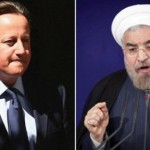 UK Guardian reports that David Cameron is to hold the first bilateral talks between a British prime minister and an Iranian president since the 1979 revolution when he has a face to face meeting with President Hassan Rouhani in the next two days in New York. The meeting, a significant thaw in diplomatic relations between the countries, is designed to ... END_OF_DOCUMENT_TOKEN_TO_BE_REPLACED

September 16, 2014 Comments Off on ISIS plans to enter US through Mexican boarder 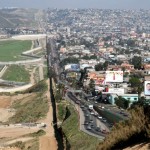 NY Times reports or rumors that militants for the Islamic State in Iraq and Syria have traveled to Mexico and are just miles from the United States. They plan to cross over the porous border and will “imminently” launch car bomb attacks. And the threat is so real that federal law enforcement officers have been placed at a heightened state ... END_OF_DOCUMENT_TOKEN_TO_BE_REPLACED

September 7, 2014 Comments Off on Kissinger: Iran A Bigger Problem Than ISIS 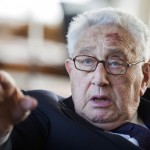 Huffington post reports, Former Secretary of State Henry Kissinger said that Iran “is a bigger problem than ISIS.” In an interview with NPR that was released on Saturday, Kissinger explained that because Iran has a stronger footing in the Middle East, it has a greater opportunity to create an empire. “The borders of the settlement of 1919-’20 are essentially collapsing,” ... END_OF_DOCUMENT_TOKEN_TO_BE_REPLACED 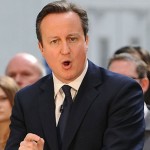 David Cameron has said that UK must look in to allying itself with Iran to combat the Sunni Extremists threat, that could extend to “the shored of the Mediterranean”. Suggesting that it was now in the UK’s national interest to put aside decades of enmity with the Shia regime in Tehran, the PM called on Iranian President Hassan Rouhani to “engage ... END_OF_DOCUMENT_TOKEN_TO_BE_REPLACED