August 26, 2014 Comments Off on Young American woman being held by ISIS 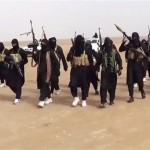 It was just reported that a 26 year old American woman that was kidnapped around a year ago in Syria is being held by ISIS. She was said to have been there doing humanitarian relief work when she got abducted. The terror group has asked for either $6.6 million in ransom or the release of Aafia Siddiqui, an MIT-trained neuroscientist ... END_OF_DOCUMENT_TOKEN_TO_BE_REPLACED

August 24, 2014 Comments Off on American hostage in Syria freed 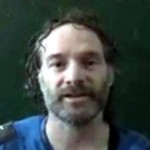 American freelance journalist Peter Theo Curtis held hostage by al-Qaeda militants in Syria for some two years has been handed over to UN peacekeeping forces. US Secretary of State John Kerry has confirmed the release of Curtis, adding the White House is using “every diplomatic, intelligence and military tool” to free other Americans in militant captivity in Syria. The US ... END_OF_DOCUMENT_TOKEN_TO_BE_REPLACED