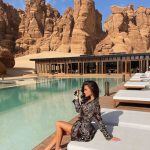 Never mind the pandemic: There’s a lot happening these days in the northwest deserts of Saudi Arabia. This once-desolate region is in the midst of a building boom, with numerous high-end hotel brands rushing to create a tourism industry from scratch. Leading the way is Habitas, the upstart hospitality company that’s bringing a sustainably built, 3D-printed resort to AlUla before ... END_OF_DOCUMENT_TOKEN_TO_BE_REPLACED 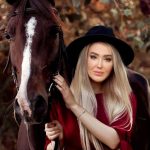 An actor’s job is to fully represent the character they are playing and to convince their audience that character is real by engaging them and drawing them into the story. This applies to major roles and smaller parts, as all roles combine to create a successful production.There are many ways to get into character and actors often research the jobs, ... END_OF_DOCUMENT_TOKEN_TO_BE_REPLACED 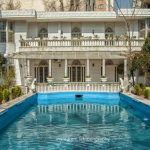 A singer is someone who vocalizes musical sounds with tone and pitch, and uses his or her own voice to produce music. Singers may sing solo or in a group, and are oftentimes accompanied by instrumental music. The physical act of singing occurs as air passes through the larynx, throat, and mouth, and it’s interesting to note that vocal resonation ... END_OF_DOCUMENT_TOKEN_TO_BE_REPLACED 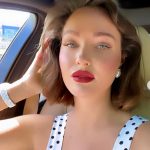 Anastasiia Lenna, 31, is a beauty queen and former Miss Ukraine. She reportedly began modeling at the age of 13 years and represented Ukraine in the 2015 Miss Grand International beauty contest. Lenna, however, has the brains, as well as the looks. She is a marketing and management graduate from Slavistik University in Kyiv, Ukraine. She knows five languages and ... END_OF_DOCUMENT_TOKEN_TO_BE_REPLACED 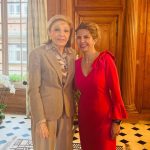 Fariba Shirazi, was born in Tehran, and is a graduate of journalism from the Azad University, in Tehran. She  joined Iran International Network in 2017. Fariba is one of the best know personalities on the channel. In the past she had also worked with VOA and IranFarda. (Click on photos to see the next image) Would you like to become ... END_OF_DOCUMENT_TOKEN_TO_BE_REPLACED

The first floating restaurant in the capital

January 20, 2022 Comments Off on The first floating restaurant in the capital

Royal Lounge is the first luxury boat resturant, which province a unique and ideal environment for conference, wedding, gatherings and othe ceremonies. This ferry boat also has a private space for official meeting and events. This two-story ferry boat has a maximum capacity of 80 people, with the capacity of 50 people on the first floor and 30 people on ... END_OF_DOCUMENT_TOKEN_TO_BE_REPLACED

Donya Jahanbakht and her son Arta

January 19, 2022 Comments Off on Donya Jahanbakht and her son Arta 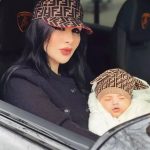 Influencers in social media are people who have built a reputation for their knowledge and expertise on a specific topic. They make regular posts about that topic on their preferred social media channels and generate large followings of enthusiastic, engaged people who pay close attention to their views. Brands love social media influencers because they can create trends and encourage ... END_OF_DOCUMENT_TOKEN_TO_BE_REPLACED

Photographs taken by Japanese tourists in the Yazd Desert

January 12, 2022 Comments Off on Photographs taken by Japanese tourists in the Yazd Desert 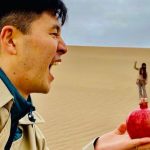 The Embassy of Japan on its dedicated page on Instagram posted pictures of Yazd desert entitled “Enjoy; Pomegranate and Desert” Are you looking to have a desert adventure, how about in the US? The desert can be a land of extreme conditions. Seared and barren deserts feature a stark and unembellished beauty not found anywhere else in the world. Open ... END_OF_DOCUMENT_TOKEN_TO_BE_REPLACED 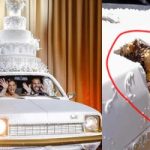 You don’t get to see couples use a ‘car cake’ for their wedding all the time; but this couples made it possible. They used a car cake for their wedding. The amazing thing is that it’s not just an ordinary car cake; it’s a huge one and the couples could even take pictures inside of it. The pictures of the ... END_OF_DOCUMENT_TOKEN_TO_BE_REPLACED

January 2, 2022 Comments Off on Martial arts show of “Commanders Daughters” 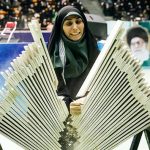 Girls from different areas of the Capital Basij, on  Saturday, the eve of the second anniversary of death of the commander, gathered in the 12,000-seat freedom Hall in the capital city.  Displaying martial arts etiquette is considered one of the highest levels of practice in the arts. The martial arts instructor who teaches etiquette in his/her classes is a special ... END_OF_DOCUMENT_TOKEN_TO_BE_REPLACED