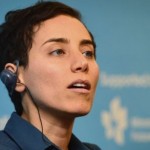 By Golnaz Esfandiari – Radio Farda “No hair, no ears, no neck.” That’s how one journalist described a front-page portrait of Iranian mathematician Maryam Mirzakhani that an Iranian newspaper digitally doctored to obscure her hair and skin to placate censors in the Islamic republic. The altered picture of Mirzakhani, who this week became the first woman awarded the Fields Medal, ... END_OF_DOCUMENT_TOKEN_TO_BE_REPLACED 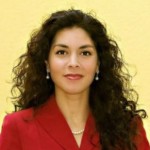 The Public Affairs Alliance of Iranian Americans (PAAIA) was informed of a suit filed against the United States Department of Justice (DOJ) by Judge Ashley Tabaddor, an immigration judge for the U.S. Immigration Court. In this suit, Judge Tabaddor challenges an order that indefinitely recuses her from hearing cases involving Iranian nationals, citing that the order violates her First Amendment ... END_OF_DOCUMENT_TOKEN_TO_BE_REPLACED 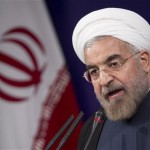 Iran’s President Hassan Rohani has harshly criticized hard-liners opposed to making a deal over Iran’s contested nuclear program with world powers, calling them “political cowards.” Rohani made the comments in a televised speech during an annual meeting of Iranian ambassadors on August 11. Rohani said: “Anytime we negotiate, they start shaking. Well, to hell. Go and find a warm place ... END_OF_DOCUMENT_TOKEN_TO_BE_REPLACED 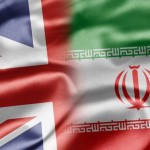 Iran has announced that the British embassy in Iran and the Iranian embassy in Britain will soon be completely reopened. Iran’s non-resident charge d’affaires reported that the British Embassy will soon reopen fully in Tehran and all its sections will become active. Mohammad Hossein Habibollahzadeh told the Khaneh Mellat News Agency that the Iranian embassy has been offering consular services ... END_OF_DOCUMENT_TOKEN_TO_BE_REPLACED 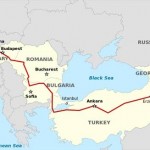 IRIB – Iran is ready to provide Europe with gas requirements through the Nabucco pipeline, Ali Majedi, Deputy Oil Minister in charge of International Affairs said on Saturday. Speaking to IRNA, he noted that since Europe seeks to diversify its energy resources, Iran by having the biggest gas reserves can provide Europe with parts of its energy needs through Nabucco ... END_OF_DOCUMENT_TOKEN_TO_BE_REPLACED 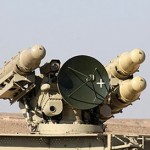 Iran will unveil new domestically manufactured or upgraded medium-range and long-range air defense systems during the military parade that will be held on September 22 to mark Sacred Defense Week, the commander of the Khatam-ol-Anbiya Air Defense Base announced on Wednesday. The missile, artillery, and radar systems that will be unveiled have been manufactured or upgraded by Iranian experts, Brigadier ... END_OF_DOCUMENT_TOKEN_TO_BE_REPLACED 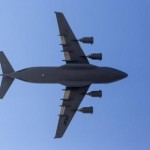 BBC reported that US President Barack Obama today said that he has authorised air strikes against Islamic militants in northern Iraq, if they threaten US interests or to prevent the slaughter of religious minorities. However, the president said US troops would not be sent back to Iraq. The US has already made humanitarian air drops to Iraqis under threat from ... END_OF_DOCUMENT_TOKEN_TO_BE_REPLACED 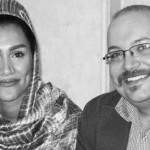 Source: International Campaign for Human Rights in Iran After two weeks of silence by Iranian officials on the reason for the detention of husband-and-wife journalists Jason Rezaian and Yegabeh Salehi and their whereabouts, media with ties to security and intelligence organs believed to be holding them have begun leveling baseless charges of spying against them, revealing the intentions of interrogators ... END_OF_DOCUMENT_TOKEN_TO_BE_REPLACED 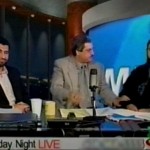