Women have played a prominent role in the demonstrations in Iran, waving and burning their veils, with some publicly cutting their hair in a direct challenge to clerical leaders. Iran’s Kurdistan province is one of the region’s swept by unrest. The Kurdish ethnic minority live mostly in a region straddling the borders of Armenia, Iraq, Iran, Syria and Turkey. Dozens of people protested over Amini’s death on Sunday in the Iraqi Kurdish town of Suli. Last week, one of Iraq’s main Kurdish leaders – Masoud Barzani – called her family to pay condolences. 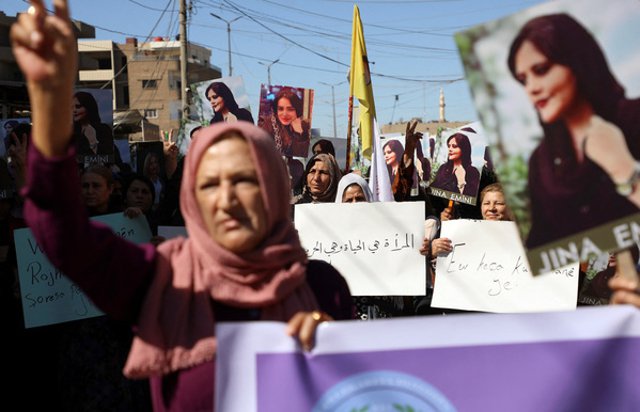