Women have played a prominent role in the demonstrations in Iran, waving and burning their veils, with some publicly cutting their hair in a direct challenge to clerical leaders. Iran’s Kurdistan province is one of the region’s swept by unrest. The Kurdish ethnic minority live mostly in a region straddling the borders of Armenia, Iraq, Iran, Syria and Türkiye. 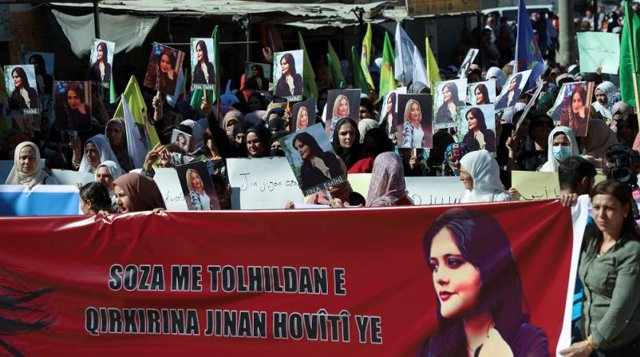