The wedding is taking place after Hurricane Nicole passed through Florida and lavish pictures of the rehearsal dinner on Friday night indicated that it will be a glamorous affair. Beaming Tiffany could be seen arm-in-arm with her famous father during the pre-wedding festivities, attended by her mom, Marla Maples, and half-brother Eric Trump. Just a few days before the wedding, her half-sister Ivanka organized an extravagant pre-wedding party in Miami, Florida. Michael proposed to Tiffany wearing a 13-carat diamond estimated to be worth $1.2million, in the White House Rose Garden. In the summer of 2018, little than a year after she broke up with her undergraduate boyfriend Ross Mechanic, Tiffany and Michael reportedly met in Mykonos, Greece. Donald Trump’s new son-in-law has a net worth of $20million, according to reports. 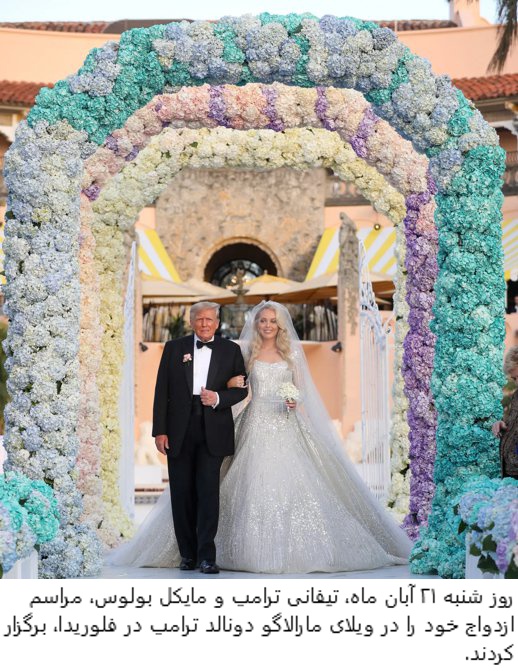