Tiffany Trump’s whole family came together for her wedding weekend. The bride-to-be, 29, was joined by both her mother Marla Maples and father, former President Donald Trump, for her rehearsal dinner on Friday as she prepared to tie the knot with fiancé Michael Boulos on Saturday. The parents of the bride, who were married from 1993 to 1999, posed for a photo with Donald’s wife Melania Trump. Also in attendance was the bride’s sister Ivanka Trump. 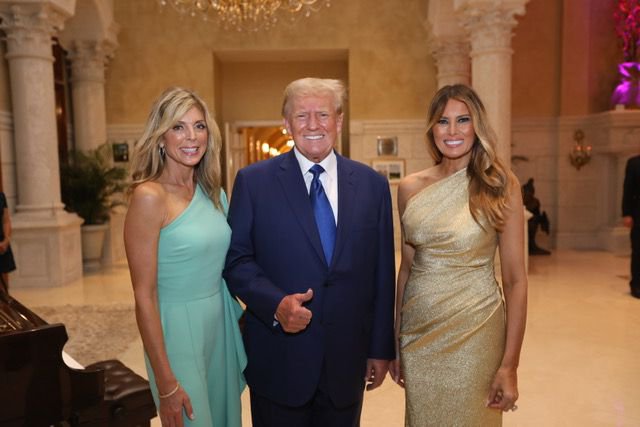