Born on March 20, 1940 in the city of Babol, he is retired freestyle wrestler. With 6 world and Olympic gold medals, he is in the second place of the list of wrestling honors after Hamid Soorian and the 11th place of the FILA Hall of Fame for freestyle wrestling champions in the 20th century. The peak of Movahed’s athletic activity was in 1968, when he won a gold medal at the Mexico City Olympic Games. But due to a shoulder injury, he failed to repeat this success at the 1972 Olympic Games. He later moved to the United States, but refused to coach athletes there because his pride did not allow him to teach (American) students techniques to use against wrestlers. 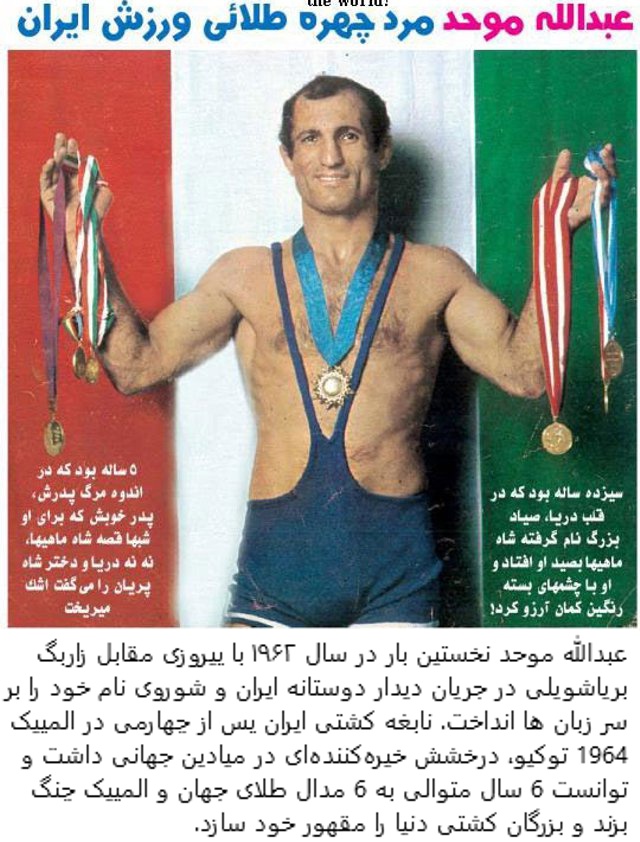