While Najafi herself was a prominent social figure on TikTok and Instagram, her viral video showed her tying her unscarved hair back and boldly stepping into the middle of a protest in Karaj. Images and the video of Hadis have sent out shockwaves further sparking the protests going on in Iran since September 16, being widely shared on social media. A second clip later began circulating online, showing the girl’s family weeping over a photo of her on a freshly dug grave. 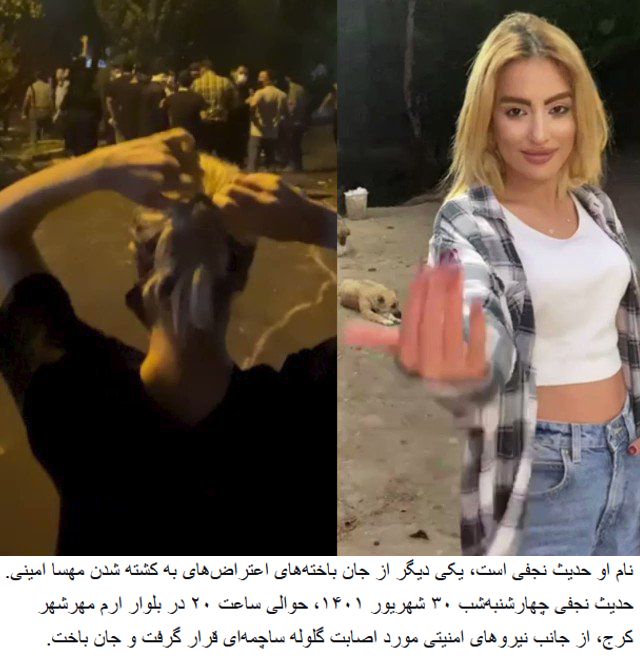