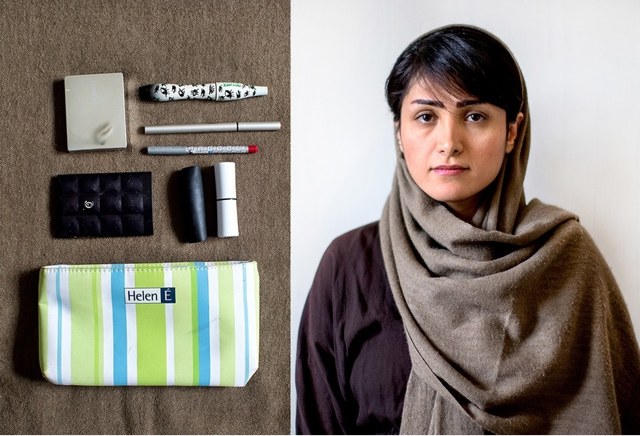 Ghazal Mafakheri, 28, photography graduate. She first wore makeup when she was 17 and spends around $200 a year on makeup ware. She believes that wearing heavy makeup by Iranian girls is first cultural, and then a by-product of the controversy in women’s dressing. This has become a cultural issue and women are facing an identity conflict, and young girls have made them willing to wear heavy makeup.