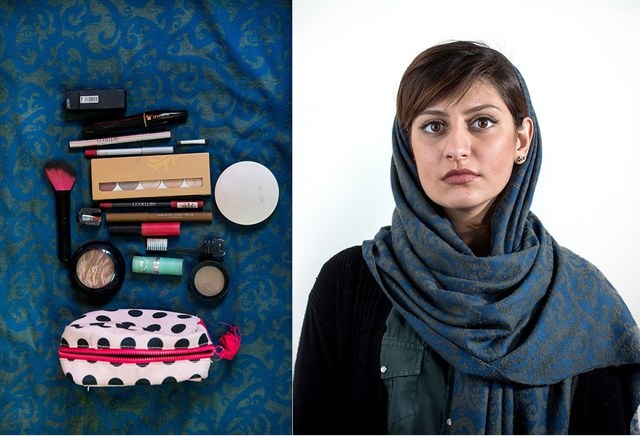 Alia Zand, 23, is a student of economics. She has been wearing makeup since she was 16 and spends $50 monthly. However, she is unemployed, and used to make $350 a month. Alia says original brands cannot be easily found in Iran. Alia thinks that everyone notices her if she accidentally fails to wear makeup, and people think that something might have happened.