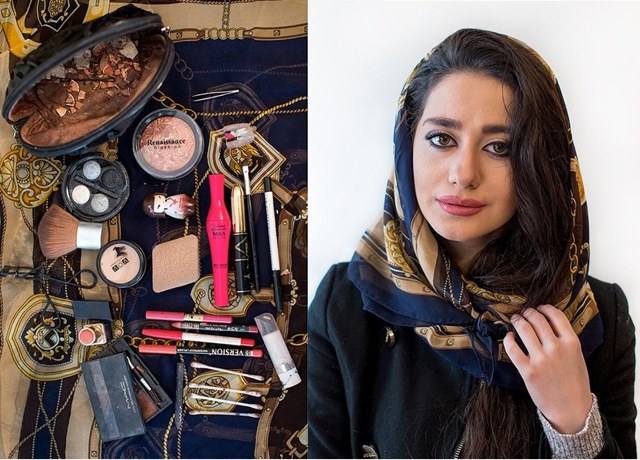 Hanieh Ghahremani, 19, student of mathematics at pre-university level. Hanieh says that she learnt embellishment through satellite programs when she was 9. She believes that makeup makes a girl more attractive for men. She changes all her makeup every 3-4 months. She believes heavy makeup is due to hijab, since it prevents women from showing their body, and thus extra efforts are made to make the face more attractive by wearing makeup.