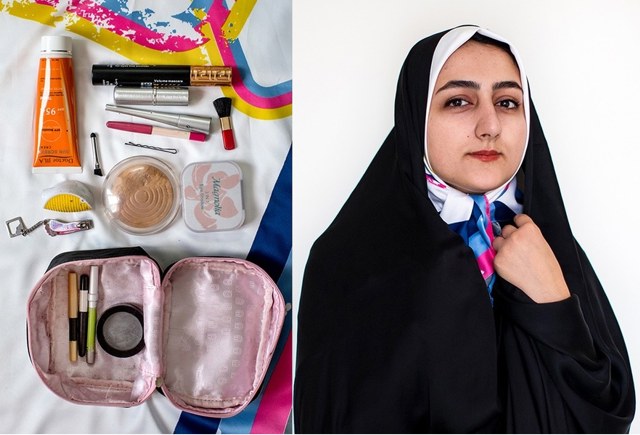 Zahra Malekshahi, 22, economics graduate. She started wearing makeup at 18, and usually does not carry many toiletries with her, though a few items are with her most of the time. She thinks that the reason for excessive use of makeup in Iran is the Hijab and the type of women’s clothing in Iran.