In Tehran, more antigovernment protests took place Saturday at several universities. The nationwide movement in Iran first focused on the country’s mandatory hijab following the 16 September death of 22-year-old Mahsa Amini while in the custody of the morality police. Security forces have dispersed gatherings with live ammunition and tear gas, leaving over 200 people dead, according to rights groups. The government in Tehran also has been in the spotlight in European capitals due to allegations that Iran has supplied explosive drones that Russian troops are using in Ukraine. 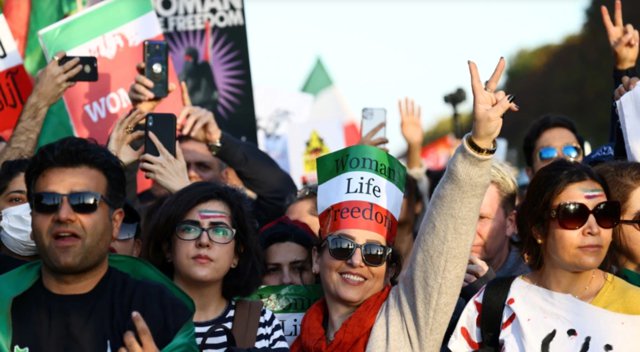